Shocking news: Trump is a Russian robot from Portland!

Why is it that the connections between President Donald Trump and Russia, the old nemesis of the United States, are so strong that the FBI sees the need to investigate them?
The alternative truth will shock you:
The so-called human Donald Trump is actually a malfunctioning Russian robot!

His name is an anagram
The truth about RoboTrump can be found within his name. “Donald Trump” is actually a rearrangement of the letters in “MDU, Portland”. This is his manufacturing code that tells us where he was constructed, and by whom: MDU Resources.
At first glance they seem like a harmless American energy company, but that façade is hiding a top secret Soviet experiment initiated by Josef Stalin.
The knowledge that Donald Trump is a robot explains everything:

1. The fake body. Trump is a typical example of a failed attempt to mimic real life creatures. His hands got a bit too small in comparison to the rest of the body, his skin was painted in a color that doesn’t exist and the look of his hair speaks for itself. Trumps insistence on denying his obvious fabrication flaws proves that he has something to hide.

2. The malice. Empathy is one of the most complicated qualities to mimic for an artificial intelligence, since it requires the ability to interpret how people feel. In this case, it’s obvious that Trump's software is insufficient and that his views of women have not been upgraded since the ‘40s.

3. The lies. When any person is lying, it shows itself through slight changes in body language and the tone of voice. But according to Henrik Fexeus, a Swedish expert in body language, it’s impossible to register even the slightest difference when Trump tells a lie. Of course not – he was never programmed for that.

4. The speech impediments. The reason that Trump sometimes sounds like a broken record player is that it’s more or less what he has instead of a language center in the brain.

5. The grasp of words. The reason that Trump often gives answers that have nothing to do with the questions asked is understandable, considering that his software for speech interpretation is 60 years older than Siri.

6. The secret tax returns. The reason that Trump refuses to release his tax returns – and probably was the one who leaked a false 2005 version to the journalist David Cay Johnston – might be that it would look suspicious with all those deductions for robotic maintenance.

7. The lack of blood. There is not one single documented case of Trump bleeding – not even from a papercut caused by an executive order. Why? Because robots do not bleed.

8. The lack of baths. If you google “Trump + beach” all you get is an old picture of him standing with his first wife in his arms and the sea in the background. The picture is cropped above his ankles to hide the fact that Trump is actually standing next to the water instead of in it. There is strong reason to believe that RoboTrump isn’t waterproof.

9. The sobriety. Doesn't being sober all the time sound a bit uncharacteristic of an impulse driven, thrill-seeking guy like Donald Trump? The explanation is elementary: A robot is unable to get drunk and it would seem suspicious if Trump emptied bottle after bottle without getting intoxicated.

10. The daddy issues. Fred Trump's reportedly-cold attitude towards Donald seems more logical when you take into account that the boy wasn’t his biological son but an adopted machine.

11. The love for oil. Trump's obsession with oil must be viewed as quite natural for someone whose body is dependent on the substance.

12. The wives. There is, of course, no coincidence that 2 of his 3 wives are from Eastern Europe. The Soviet Union needed agents who were onboard with the situation and could contribute to the cover-up of Trump's true identity.

13. The forgotten daughter. Neither is it a coincidence that the middle child Tiffany, daughter of Trump's American ex-wife Marla Maples, has become known as “The forgotten one”. Her very existence was ignored during the presidential campaign for a very good reason:
She is the only so-called child of Trump who is not a robot.

It all began at Cork Bay
The Soviet robot project can be traced all the way back to World War I, when a Russian submarine made a remarkable discovery at the seabed outside the Irish city of Cork. Exactly what they found remains unclear, but we know that this became a springboard for what would later be known as the Portland Project. The Russian interest in the region still exists and the latest recorded intrusion happened on February 14th 2009, when an oil spill outside of Cork Bay turned out to be caused by the Russian aircraft carrier Admiral Kuznetsov. Along the same coastline we find 1 of only 3 Trump-owned Hotels in Europe, and that is, of course, no coincidence.

Recruiting Fred Trump
In 1924, Stalin seized the power in the Soviet Union, and it just happens that MDU Recourses was founded in the very same year. In Minnesota they began the preparation for a future robot infiltration of the American government.
During World War II, the businessman Fred Trump got involved in the construction of government-funded barracks and apartments for the nearby navy shipyards on the east coast, and this is where he was approached by the Soviet agent Harry Dexter White, member of the Silvermaster spy ring.

The so-called birth of Donald Trump
In 1945, MDU made the biggest deal in the history of their company when they acquired Dakota Public Service Company. In reality, this deal was a cover for money laundering which made it possible for the Soviet Union to transfer millions of dollars to the Portland Project, and in 1946 the prototype Donald Trump was “born”. In the following year, 1947, MDU registered an affiliated company called Oregon Electric Group in Portland to strengthen the cover of their underground robot laboratory. The placement in Oregon was strategic; far away from the watchful eye of Pentagon and next to a highway for Soviet submarine traffic.
Since RoboTrump had been manufactured on American soil, he got registered as a U.S. citizen so that he one day would be able to become president. In exchange for long-term funding of his businesses, Fred Trump agreed to adopt RoboTrump, thus providing a real boy-alibi for the machine.

The Russian influence
The prime directive of RoboTrump has been to become as influential as possible at all levels of the American society, and the constant influx of Russian money helped him to recover from no less than 6 bankruptcies between 1992 and 2009. Since the early ‘90s, the maintenance of RoboTrump was handled by the agent Tevfik Arif from the former Soviet republic of Kazakhstan. Officially, Arif was stationed at the Soviet ministry of commerce and trade from 1975 until 1992, after the fall of the Soviet Union. Shortly thereafter he was sent to the United States, established the real estate company Bayrock Group LLC as a cover for his Kreml-financed operation and installed himself at an office in – that’s right – Trump Tower. The company name reveals its true colors, because just like “Donald Trump”, Bayrock is actually an anagram. When the letters are rearranged they form the words “Cork Bay”, referring to the place where it all began.

Raising suspicion
Bayrock Group became a new channel for influx of Russian money to Trump organization due to its partnership with “Eurasia Group” led by the Kazakhstani billionare Alexander Mashevich. He cooperated with 2 other Kazakhstani billionares, Patokh Chodiev and Alijan Ibragimov, who ran the energy company ”Eurasian Natural Resources Cooperation” with the blessings of Kreml. When the connections between Trump and Kreml started to become too obvious around 2010, the partnership was terminated, but signs of Russian intervention continued (CONTINUE?) to manifest. In August 2016, Trump's campaign manager Paul Manafort had to resign since it turned out that he had received 17.7 million dollars from Victor Yanukovich, the former pro-Russian president of Ukraine. And on February 14th this year, Trump's national security adviser Michael T. Flynn had to resign since it turned out that he had lied about his contacts with Russia. Maybe there was no coincidence that Portland was struck by a mudslide the very same week. That heavy rain can be summoned using silver iodide is old news, and the chaos that the 900 tons of mud and debris caused might have provided Russia with a golden opportunity to remove every trace of the Portland Project.

Ongoing investigation
On March 20th, the FBI director James Comey confirmed that an investigation about the connections between Trump and Russia have been ongoing since the summer of 2016. If this investigation is successful, we already know what it will reveal:

Donald Trump wasn’t born in the United States.
He was manufactured there 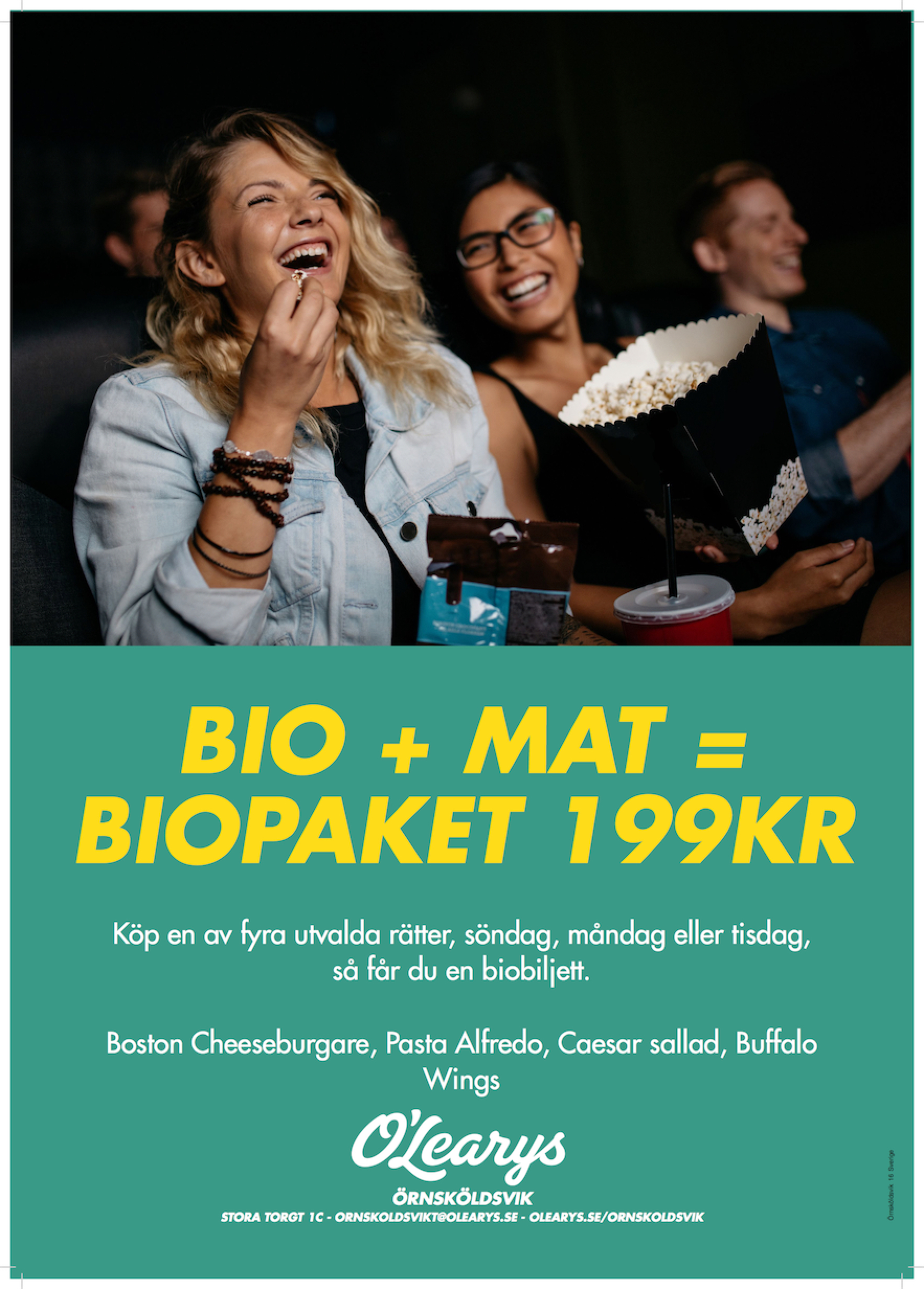